I was born and raised in the Roman Catholic faith. Besides learning very good morals and values and learning to forgive others, I also learned about shame and humiliation. The biggest boulder on my shoulders though, is guilt. For some reason, I’m always feeling guilty about something.

I would go to church every Sunday with my mother. If I got too loud because I was bored, I was offered a candy to suck on by a nice lady sitting in the same pew as my mother and I. I guess the idea was that I couldn’t really talk with a candy in my mouth. These women obviously had no idea how talented I was at talking with my mouth full.

I’d say my first feeling of guilt came about when I’d notice the stare these candy-giving ladies would give my mother. It was a look of disapproval. And the look on my mother’s face was apologetic. My mother was feeling guilty because her daughter was disrupting mass, and in turn I was feeling guilty because my mother was being looked down on because of my behavior. I wonder if after mass, the candy-giving ladies felt guilty for giving my mother the evil eye. Probably.

In my teens, I stopped going to mass. I couldn’t be bothered. And it wasn’t like the church did anything to make me want to return. Would you want to go somewhere once a week where you were reminded of how bad you were? And even if I did decide to go back after a few weeks’ hiatus, the disapproving stare you got was a special little reminder of what a class act you were.

When I was about seven years old, the church would have children’s classes in the basement while mass was occurring.  I looked forward to these classes. And so did the candy-giving ladies I think, they could enjoy mass without the disruption of children.

To be honest, it seemed to me that these classes were offered to keep kids preoccupied so the grownups could have their discussions without us bothering them. I’m not saying this is the case, I’m sure the aim was to get on the same level as children and teach them about Christ,  it’s just how I felt as a kid, like we were in the way. The minute everyone was seated, the priest would ask all children to go downstairs.

At Christmas time, the church would be so full that people had to stand at the back and sides because the pews were full. You’d think the priest would feel blessed that his church was filled to capacity with so many worshipers. Maybe he was. But he never let the guests know that. Instead, he’d actually take five minutes to say “Why is the church so full tonight? Why are those who don’t come every Sunday here today? What’s the point?”

Really? This is your chance to let people who don’t attend mass every Sunday hear what they’re missing! Why not tell them how pleased you are to see them and hope to see them next week? Why make them feel bad about themselves the first five minutes that they’ve been in church? You’re pretty much reminding them why they refuse to come to church every Sunday, because they feel bad about themselves. They feel guilty.  I’m sure not every Catholic church makes members feel guilty. But the ones I have attended do.

Two and a half years ago I got married and moved about an hour north from my parents. I decided one Sunday to attend mass. I entered the Catholic Church in town. Just like back home, there was no one there to greet me like God would if I entered his home. Yup, this place feels just as cold as the last. I was tempted to leave. But I stayed. It was the Catholic thing to do, plus I would’ve felt guilty about leaving.

I attended a few more Sundays to give the church a chance. But I never felt a connection to the church, the people, or the priest. I felt like I was on my own. So I stopped going.

About a year later, my mother in law mentioned to me that there was a Presbyterian church in town right near our house. Right away, my thought was but I’m Catholic. Apparently that didn’t matter, I could still go. So I decided to make a visit one Sunday.

I walked in, and two smiling faces greeted me, shook my hand and instantly I felt all warm and bubbly inside. So this is what it feels like to drop by God’s house. I thought I should tell them my secret, that I was Catholic. I kind of whispered it too: “I was baptized Catholic but I thought I’d see what sermon’s are like here.” I felt the guilt bubbling up inside me. To my surprise, the greeter responded with “Oh! I was baptized Catholic too, come on in!”

I felt at home. It was instantaneous. Like this was the place I was supposed to be. Listening to the sermon was inspiring, not boring. And the children? They weren’t ushered away the minute we were all seated. Instead, they were asked to sit at the altar, facing the guests in church. I thought to myself, surely this must be a special occasion. But it wasn’t. Every Sunday mass begins with the minister speaking to the children, singing with them, reminding them how much Jesus loves them. After this, they go for a lesson while mass occurs. And for very young children, there is a nursery with toys and games. The sermon is fed through speakers so parents with their young ones can hear mass. I was blown away.

The people within these churches are genuinely happy to be there. They aren’t at mass because it’s their Christian duty to attend every Sunday. They’re there because they look forward to hearing the sermons, meeting friends and being in great company. For them, it’s like a family reunion once a week. This is the main reason why I want to join the Presbyterian Church. Another major reason is my son Jacob.

When I think of my Sundays at church as a child, I don’t remember them with fondness. I want Jacob to feel good about himself and his relationship with God. I don’t want him to feel guilty and ashamed if ever he does something wrong in life. I want him to know he can ask God for forgiveness and help for improvement. I don’t want him to have a sense of fear of the “man in the sky” who’s always watching. Instead, I want him to have peace of mind and confidence that God is always there, not watching and calculating when to punish him for his sins, but waiting to offer help in simple ways.

When I enter the Catholic Church, I feel tradition, ritual and sacredness. When I enter the Presbyterian Church I feel kindness, love and inspiration to be a better me. So to make a very long blog entry short, that’s where I’ll be every Sunday.

***Just a note. To anyone offended by this post, I apologize. I just wanted to share my experiences as a person raised in the Catholic faith, and why as an adult, I’ve decided to join the Presbyterian church.

If anyone in my area is interested in checking out the Presbyterian Church I attend, visit their website at KesPres.ca!

I love writing. It’s what keeps me grounded. I received my first journal at seven years of age and have been writing ever since. Other things I love doing are caring for my sons Jacob and Joshua, crocheting, cooking, baking, and listening to music. View all posts by cristinacole23

One thought on “My Decision to Join the Presbyterian Church” 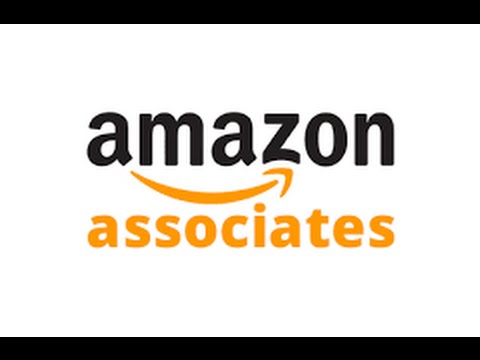 I am a participant in the Amazon Associates Program, an affiliate advertising program designed to provide a means for me to earn fees by linking to Amazon and affiliated sites. All products featured under “Products I Love” will have a link to Amazon where you can learn more and purchase the product. I receive a small commission if you decide to purchase something I recommend; there is no additional cost to you. Please understand there is no obligation to buy, only purchase if you really need or want the product. The small commission isn’t why I recommend it, I really do use and enjoy what I promote. Thanks so much for visiting Stay Sane Mommies today :)

©StaySaneMommies. Unauthorized use and/or duplication of this material without express and written permission from this blog’s author and/or owner is strictly prohibited. Excerpts and links may be used, provided that full and clear credit is given to Stay Sane Mommies with appropriate and specific direction to the original content.

helenasmith2031
Tools Of The Chef

Everything For Your Kitchen At The Lowest Prices

BY GRACE THROUGH FAITH

Keeping it real when nothing is real anymore.

Donald on Dining in and Out.

On existential questions, feelings we're not supposed to feel, and growing the revolution

The Sixpence at Her Feet
Don't Wait To Advocate

Advocating for people with Cerebral Palsy and other disabilities

Read on and I will show you another world within this one....

Observations from the trenches....

One word at a time

thoughts from a bearded lawyer

My name is Lynzee.

Mother. Photographer. Taylor Swift enthusiast. "Words can break someone into a million pieces, but they can also put them back together. I hope you use yours for good." - TSwift

A Blumes With a View

Putting the "blah" in blog!!